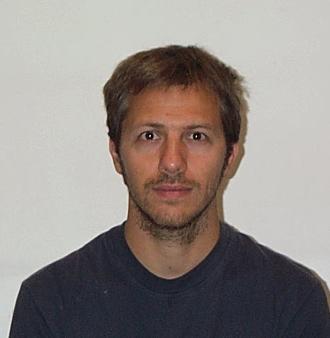 In 2002, during the European Materials Society Spring Meeting, he received the “Young Scientist Award”.

- Senior researcher of the National Centre of Excellence LATEMAR (LAboratory of Technologies Electrobiochemical Miniaturized for Analysis and Research) (2006).

- Visiting Scientist at the Center of Integrated Nanomechanical Systems (COINS) of University of California, Berkeley, in developing a collaboration about “Unraveling Surface Stress Effects in Cantilever Based Detection” (2007).

From 2014 he is Associate Professor at Politecnico di Torino, where he holds the class of “Micro and Nano Technology applied to Biomedicine, Environment and Energy”.

C. Ricciardi is author of more than 50 papers on international peer-reviewed journals with impact factor (H-index 13), referee of important journals dealing with Material Science and Sensor Technology, and member of the Editorial Board of "Journal of Biosensors and Bioelectronics" and "Journal of Advances in Biosensors and Bioelectronics". He is tutor for several Master, Ph.D. and post-doc students.

He was national PI of a IREE-NSF project with University of California, Berkeley (2007) and national coordinator of a PRIN 2007.

Currently he’s PI for Politecnico di Torino of an EDA project and coordinator of a project at Molecular Foundry.

Other activities and projects related to research

Carlo Ricciardi is PI of the NaMeS group, which aims at fostering the applied and fundamental knowledge in two amazing and cutting-edge research fields: the nanomechanical sensing and the memristive nanodevices. These two subjects share the intrinsically high interdisciplinarity of nanoscience, combined with the inspiration from biological systems.