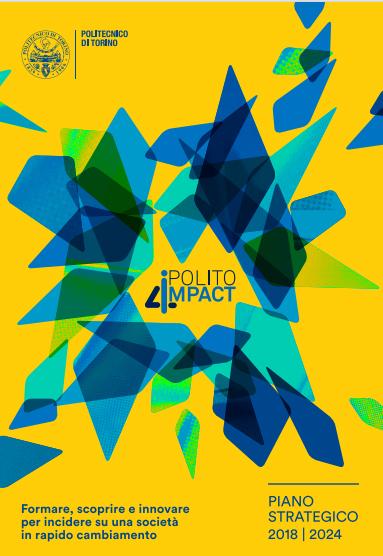 We live in a political, economic and social context affected by rapid changes and characterised by great complexity. This context, combined with an awareness of the collegial nature of the university, has prompted Politecnico di Torino to develop its 2018-2024 Strategic Plan, entailing its strategy not as the planning of things to be done, consequent to top-down action, but, on the contrary, as a bottom-up emergence of what we want and are able to be and become.

The “PoliTO 4 Impact”Strategic Plan was hence developed within a strongly participatory process, with an active and intensive involvement of the various local stakeholders and members of the academic community.

Adopted a few months before the start of the current rector’s term, “PoliTO 4 Impact” has been translated into an organic Action Plan, structured with precise objectives and responsibilities, and subject to periodic review.

Following the adoption of the University’s Strategic Plan, the drawing up phase of strategic plans was also started at the Department level, which translated the guidelines contained in the Strategic Plan, by developing them according to the specificities of each organisation.