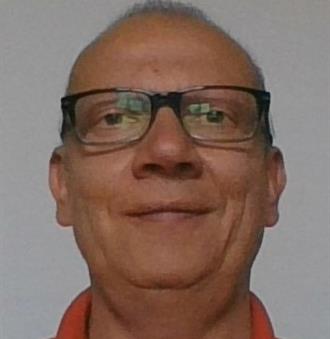 Other activities and projects related to teaching

Considering all teaching activities, A. Sanna has been the lecturer (professorship) for 113 courses, teaching assistant for 20 courses and tutor for 19 courses. Andrea Sanna also video recorded, together prof. Paolo Monuschi, 13 lessons for the course Informatica Grafica commissioned by the Neptune Consortium on 2000.

The following table lists all teaching activities per year. Moreover, A. Sanna is Currently the vice coordinator of the 1st level Master in Smart Product Design 4.0 (2020-2021). A. Sanna is designing and managing the student challenge by firms “Visual Recognition for Assisted Maintenance“ (sponsored by Leonardo S.p.A.) related to augmented maintenance for aircrafts.

Andrea Sanna attended to the course “Apprendere a Insegnare nell’Higher Education” for the Academic Year (2017/2018); this course aims to improve teaching capabilities of the Politecnico di Torino teaching staff. The successful participation has been certified (see Annex 6).

Andrea Sanna has been selected for the 1st edition of the Mentoring Polito Project (M2P): 20 expert teachers of about 800 tenured professors and researchers have been selected to be trained as mentors. Mentors will support colleagues in order to improve teaching activities. The M2P project started in September 2021 and concluded on June 2022

Other activities and projects related to research

Computer graphics research has been mainly devoted to display 3D objects by means of different kinds of rendering algorithms on different categories of devices. Ray tracing algorithms have been deeply investigated and A. Sanna proposed innovative solutions for multiprocessor and distribute high performance architectures. On the other hand, the visualization of complex geometries on "thin" devices such as smart-phones, PDAs, tablet PCs by means of the remote visualization paradigm plays a key role for the research of A. Sanna. The Graphics User Interface design it also involved in this context; GUI re-using and graphics element detection/classification are the main topics of a deep investigation concerning the control of remotely running applications.

Scientific visualization mainly concerned the representation, by means of texture synthesis, of vector fields. In particular, novel methodologies, derived from the well-known LIC algorithm, were proposed in order to display a set of adjunctive scalar values to vector field representations. Procedural textures (for instance, bump mapping) are combined with traditional streamline computational techniques in order to present the user an enriched data representation. A part of Andrea Sanna’s research was also related to the visualization of financial data (e.g., stock market); publications and a patent were the main results of this activity.

Virtual and augmented reality research activities were mainly related both to support users in an industrial context and to simulate dangerous/critical environments. In particular, AR was used to provide efficient and effective interfaces to support technicians in maintenance and assembly tasks. Moreover, Andrea Sanna designed innovative multimodal AR interfaces in order to support hand-free tasks. Several of these research activities are related to European and Regional research projects (e.g., EASE-R3 and HuManS). A lot of effort is now devoted to integrate augmented reality in Industry 4.0 scenarios (e.g., in designing and developing innovative interfaces for human-robot collaboration). On the other hand, the Andrea Sanna’s research related to Virtual reality (VR) has been mainly devoted to investigate human locomotion in virtual environments.

From the point of view of distributed and parallel architectures, it is worthwhile to mention the research activity related to the design of peer-to-peer solutions for searching, retrieving, and displaying complex data and metadata. Also solutions to bridge the gap between P2P and mobile devices have been proposed. On the other hand, grid approaches to support high performance rendering have been deeply investigated both at the application level (for instance implementing a distributed version of the ray tracing algorithm) and the network level (by proposing high performance implementation of message passing libraries such as Gamma). Cloud solutions have been also designed to provide a unified access platform to public bodies (in the context of the European project OASIS).

Andrea Sanna was involved in several research activities concerning image processing. For instance, he proposed a novel contrast enhancement algorithm (CMBFHE) that exploits efficient filtering techniques based on cascaded multistep binomial smoothing masks to achieve exactly the same results of other algorithms known in the literature, but with a highly reduced computational complexity. Moreover, A. Sanna presented a novel algorithm for ego-motion compensation of airborne carried FLIR cameras. Telemetry data received from the autopilot of the aircraft are used to predict the motion of the platform; in this way, it is possible to identify more accurately smaller regions where candidate targets have to be searched for. Experimental results show that the proposed solution can improve performance of automatic target tracking algorithms both in terms of accuracy/robustness and in terms of processing speed. More in general, Andrea Sanna was involved in several research activities related to the design and implementation of tracking algorithms with RGB, FLIR and depth cameras.

Human-machine and human-robot interaction research has been mainly devoted to use consumer electronics (such as mobile devices or sensors usually used for entertainment) to design and implement new interaction paradigms. These novel HMI solutions have been applied to control applications as well as mobile platforms such as robots and UAVs. In particular, a lot of work has been devoted in using depth sensors to detect hand and body poses also for directly animating virtual characters. This research activity is also strictly related to the design of efficient augmented reality interfaces; gesture and voice-based solutions have been investigated in order to improve the robustness of interfaces in industrial environments. More recently A. Sanna focused his research on human-robot interaction; in particular, he investigated issues related to design and develop virtual and augmented reality interfaces to support collaborative tasks.

Andrea Sanna was also interested in Education-related topics. In particular, both technologies and design of curricula were investigated. Both of them concern computer graphics and computer animation topics that Andrea Sanna has been teaching since the academic year 1996/1997. From the technology point of view, automatic grading systems to evaluate exams of 3D modeling and computer animation have been investigated. Andrea Sanna proposed automatic solutions to measure the relevance degree of students’ exams with respect some reference examples to be replicated as similarly as possible. On the other hand, from the curricula design point of view, Andrea Sanna compared two different curricula of engineers and designers in order to point out drawbacks and strengths of both approaches.

Early in 2020, Andrea Sanna started a new line of research, first in the Computer Engineering Department, to investigate deep learning approaches to classify and reconstruct 3D objects. Starting from a single RGB (or a RGB-D) image, the goal is to identify a 3D mesh and its pose that represents the framed object. Currently, the attention is focused on two very promising approaches: i) recognizing the object in the image and identifying the 3D model in a pre-set database which best approximates the object under analysis and ii) reconstructing the mesh using neural networks such as BSPNet. Current research is now focused on the generation of synthetic datasets needed for neural network training with the goal of fast, efficient and correct object positioning.